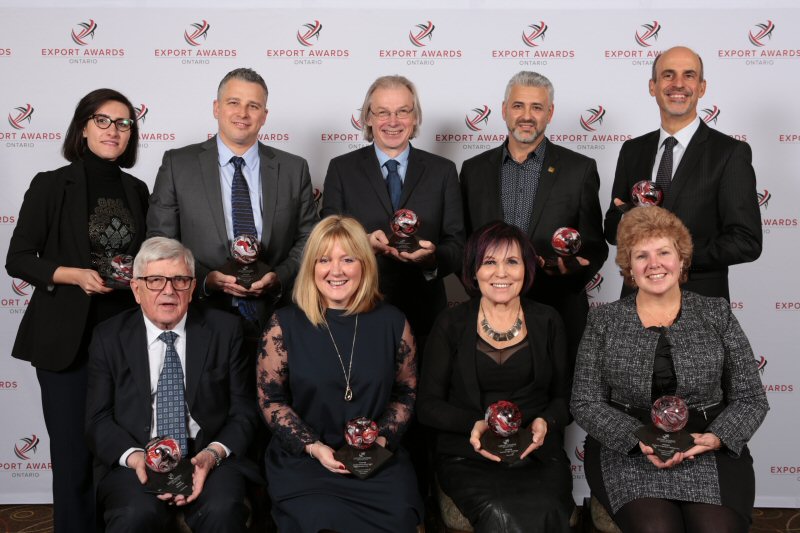 Winners of the 2016 Ontario Export Awards were announced at a gala event at the International Centre in Mississauga, Ont. on November 22.

More than 200 manufacturing executives and representatives from trade, government and industry attended the event. The awards recognize leadership and exporting growth in diverse sectors of Ontario’s economy.

Canada Goose was named Exporter of the Year for its growth in global markets and success with manufacturing in Canada.

“We’re proud of our role in bringing Made-in-Canada jackets to the world and in exporting the brand of Canada on a global stage. It is an honour to win the Exporter of the Year Award and to be recognized as an industry innovator,” said Dani Reiss, Canada Goose President and CEO, following the awards.

“The winner of the Exporter of the Year Award is deemed to be the ‘best of the best’ of the sector winners, recognizing the Ontario exporter who has excelled in international exports and made significant contributions to the development of the Ontario economy,” added Andrew Skinner, Head of Global Trade and Receivables Finance, HSBC Bank Canada, Platinum Sponsor of the Ontario Export Awards.

“Canada Goose has made an invaluable contribution to the Ontario economy through economic growth in their community, new investment and job creation and I was honoured to present them with the 2016 Exporter of the Year Award.”

Winners and finalists represent a wide range of Ontario’s economy, from food products to equestrian saddles to helicopter components. Regardless of their industry, the companies share an ability to overcome fierce competition outside of Canada to grow and expand in often complex markets.

“We congratulate this year’s finalists and winners of the Ontario Export Awards for their achievement in excellence,” said James Moffatt, President of SYSPRO Canada, Platinum Sponsor of the awards.

“As a global organization that serves leading manufacturing and distribution organizations around the world, we feel strongly that Canadian manufacturers have unlimited opportunities to develop a successful exporting strategy, aimed at strengthening their reach beyond the Canadian market, and establishing themselves as sustainable global market leaders.”